Retail surveillance has recently gained importance for marketing purposes. It is thus possible to define or learn automatically the customers preferences by observing their path inside the shops. This new emerging trend of surveillance applied to business analytics is still in its early stage of development. Many applications are arising but since the problematic to be faced are complex and heterogeneous it is still an open problem to research.

People analysis in shops is growing interest in the industrial communities. From a scientific point of view many are the challenges that must be faced. Conventional surveillance techniques must be adapted to cope with shops peculiar features. Indeed, in a structured environment for retail, occlusions with room structures and people to people self occlusion represent the main difficulties to overcome in order to detect people. The purpose is then to:

A novel approach for object detection has been designed (based on background suppression on a so-called “depth bird-eye view” and the clustering on the 3D point cloud by means of mean shift with a cylindrical kernel) followed by an adult people classifier which exploits a fitness measure with respect to a cylindrical human body model. The fitness is computed using Montecarlo sampling to estimate the volume occupation.

3D maps of the scene are extracted from a stereo camera. 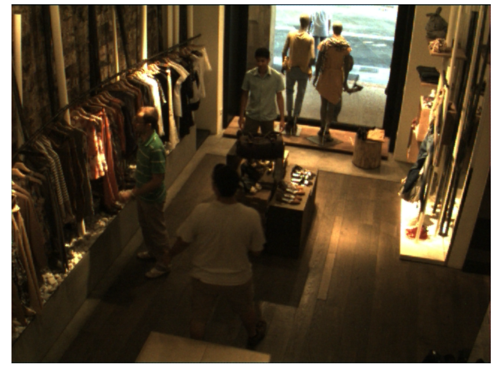 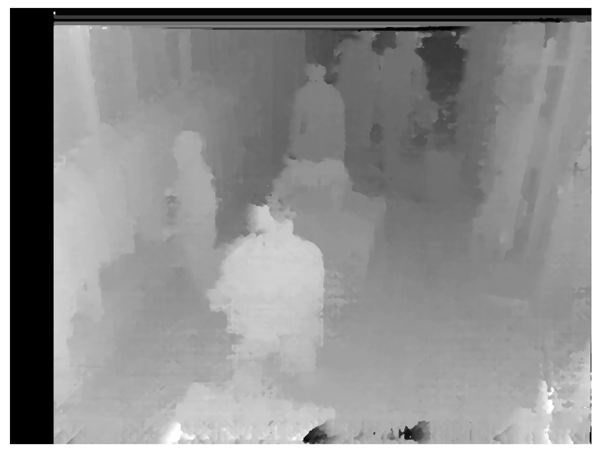 From the 3D map objects are projected onto the ground plane and motion is extracted.

The project was developed and a people counting application has been released by MICROLOG s.r.l. company. Additionally the obtained detection are tracked in order to obtain flows of people movements in the retail scenario. 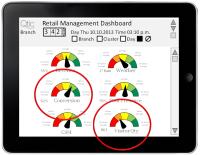