Autonomous and assisted driving are undoubtedly hot topics in computer vision. However, the driving task is extremely complex and a deep understanding of drivers’ behavior is still lacking. Several researchers are now investigating the attention mechanism in order to define computational models for detecting salient and interesting objects in the scene.

Nevertheless, most of these models only refer to bottom up visual saliency and are focused on still images. Instead, during the driving experience the temporal nature and peculiarity of the task influence the attention mechanisms, leading to the conclusion that real life driving. 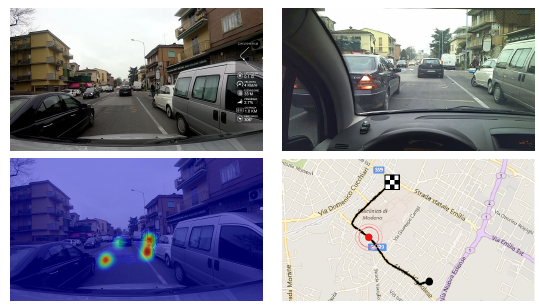 To the best of our knowledge, this is the first publicly available dataset of this kind and can foster new discussions on better understanding, exploiting and reproducing the driver’s attention process in the autonomous and assisted cars of future generations.

At a computational level, human attention and eye fixation are typically modeled through the concept of visual saliency. Most of the literature on visual saliency focuses on filtering, selecting and synthesizing task dependent features for automatic object recognition. Nevertheless, the majority of experiments are constructed in controlled environments (e.g. laboratory settings) and on sequences of unrelated images.

Conversely, our dataset has been collected “on the road” and it exhibits the following features: 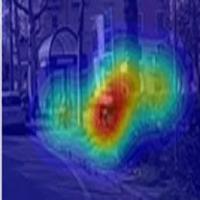